Carolyn, a 2016 winner, told nominees, “The best part of [participating in] this program was the process. We were honored to win, but there were so many steps that led up to that moment that all made it so worth it. I don’t think there are many awards out there that look at how you run your business. It is really something to be asked how transparent we are with our donors, how we make sure everyone is valued. These are hard questions and if you care about how you run your business, if you care about your employees staying with you, why your constituents want to stay with you, you’ll enjoy finding a way to answer those tough questions.”

Scholley then gave a history of the award program, which started in Central Texas by the Samaritan Center in 2002. RecognizeGood adopted the programd on its 10th anniversary. The seminar was then turned over to Dr. Gillis, who outlined in detail exactly what nominees could expect. We’ve posted that basic timeline here:

Dr. Gillis also explained the five principles her students base their interviews and subsequent reporting on. These principles center around The Ethical Imperative by John Dalla Costa. Furthermore, she shared some student survey responses. “Some students have said that the Ethics in Business & Community experience affects their whole way of thinking about business ethics. Others have said that it changes their perspective on the type of companies they want to work for, and what they want to look for. They build interviewing skills, and they build presentation skills and writing skills. But mostly it changes how they think about the way business should be done. That, for me, is the greatest part of this program.

Concordia student Sydnee Allison, who was part of the award process in 2016, gave the student’s perspective. “It’s one of the best experiences I’ve had at Concordia,” she said. “I speak for every single one of us because we talk every week in class, and we discuss everything you tell us. I know that at the end of the day it’s about honoring what you’ve done. But you’re passing those things on to us. We’re going to take those things and use them in our futures.”

She continued, “It’s not just policies, it’s the stories. You could write about doing something all day long, but if you have the stories to show us how you’ve implemented it. That’s the stuff that just totally solidifies everything that we’re told. So honestly, you give us much more than we could ever give y’all. I feel so blessed and privileged to have been part of this process. I’ve learned so many things. Not just those interview skills and those reports, but I learned about how I can impact my community because of you.”

Finally, Christopher Kennedy of Leadership Austin talked about his organization’s new partnership with the Ethics in Business & Community award program. “We’re really honored to be part of this,” he said. “We’ve been watching these guys from afar for a long time and have just been so respectful of what they’re delivering. For us at Leadership Austin, it’s pretty simple. We try to bring together the business, the nonprofit, and the city leaders in the community. We’re bringing some of our ideas to the selection process. And also selfishly using some of our experience in this process for our own curriculum – seeing who’s nominated, who’s selected. We’ll also be pulling some of this content back to some of the programs we deliver. We’re very excited about partnering with Concordia University, we think that’s a big deal.”

See below for event photos and full video, or read more about the Ethics in Business & Community award program (and view past winners!) here: https://recognizegood.org/programs/ethics-in-business/ 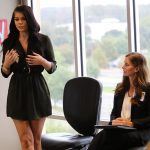 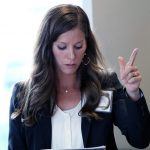 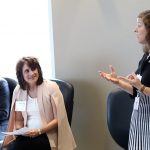 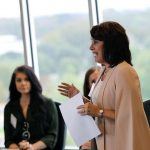