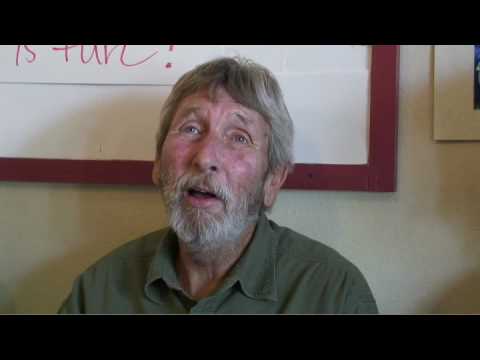 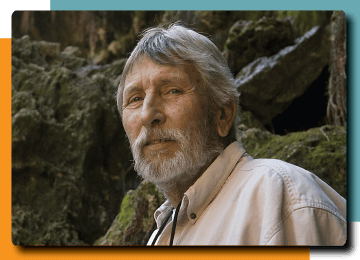 Boys and Girls Club of the Texas Hill Country

Since 1976, John Ahrns served as the sole director and educator at the Westcave Preserve, a 75-acre nature preserve in western Travis County. Upon his retirement in January 2010, John had dedicated 36 years to protecting this natural treasure in Central Texas. He led the on-the-ground work that has transformed the land, now 75 acres, from a littered, eroded property to one that gives at least 5,000 schoolchildren a year a sense of the geology and ecology of the Hill Country. When John Covert Watson, an architect, bought the land in 1973, he had to figure out how to restore it – and keep trespassers off. Ahrns landed the job and moved his family onto the property. Known today as a living encyclopedia on the area, Ahrns has educated thousands on his beloved Westcave Preserve and saved a treasured corner of Central Texas for generations to come.

John Ahrns, the long-time manager of Westcave Preserve, a cherished spot in western Travis County long used to educate schoolchildren about the environment, died Monday from cancer. He was 66.

When he was hired to manage the preserve in 1974, his chief job was to keep out trespassers, many of them fellow free spirits, who crept through fences to climb up to Westcave, a small, lush creek-cut canyon that formed 100,000 years ago when a massive limestone cave collapsed.

“You’re stealing land from God,” the trespassers would shout at him as they left behind trash, smashed stalactites and carved trails around the creek, which is crowded with cypress trees and ferns and spills into a grotto pool.

“God told me you weren’t taking good care of it,” he’d tell them.

“He had a great honesty and sincerity about nature, about Earth, and about everything that lived on it,” Chapman said.

Ahrns had been raised as a sort of suburban naturalist.

From their backyard near Dallas’ Love Field airport, he and his sister could count airplanes as they flew in, he told the American-Statesman for a profile in 2010, when he retired. Summers were spent camping with their mother, a teacher.

He came to Austin for the Westcave job, finding time to attend St. Edward’s University and take the odd part-time work with the National Park Service and conservation groups.

Westcave is now run by a nonprofit that leases much of the land at $1 a year from the owner, the Lower Colorado River Authority. (Weekend guided canyon tours are open to the public, for a fee. Weekday guided tours, by reservation only, are open to organized groups and schoolchildren.)

Anybody who came on his territory, which he was the captain of, he listened, learning from authorities on butterflies, or lizards, or snakes or rocks,” John Covert Watson, one of the original benefactors of the preserve, told the Statesman in 2010.

“The trick is to educate, not indoctrinate,” Ahrns once said of the way he passes his appreciation for the outdoors down to schoolchildren.

Ahrns is survived by his wife Brenda; his son Jeff; his daughter Amber, who is now the land manager at Westcave; a sister; and numerous grandchildren.