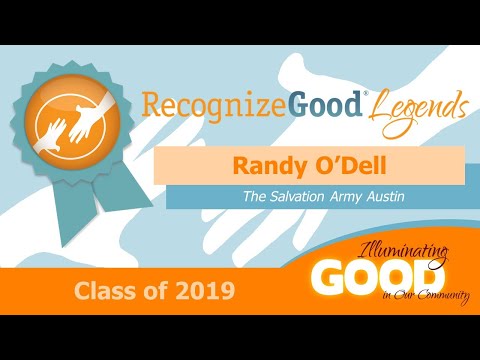 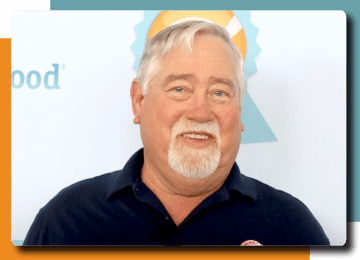 Randy O’Dell started running the first all-volunteer emergency canteen for the The Salvation Army Austin in 2012. A canteen is a truck staffed with volunteers who help serve hot and cold food and drinks to those affected by emergency events. When disaster strikes, you can count on Randy’s team to be serving meals, proudly representing the philanthropic spirit of Williamson County. On the road to a disaster zone inside of two hours, they have served local disasters, and traveled as far as Florida to respond to emergencies. When Hurricane Harvey hit the Texas Gulf Coast in 2017, they were there serving lunch in Victoria, TX that very same morning.

Randy started the project because he wanted to do more for the community and the people in the area, but it’s gone way beyond that. In the 3-4 weeks Randy’s four-man team spent serving those affected by Hurricane Harvey, they served 23,000 meals. Responding to Hurricane Michael in 2018, they served another 23,000 meals. The most inspiring part of this story, however, is that the number of people impacted by the extraordinary efforts of Randy and his team is incalculable – everywhere they travel, they inspire other teams of volunteers to take up the cause. Once The Salvation Army saw this impact Randy’s team was creating, they started proactively developing more all-volunteer canteens.

From the first major disaster Randy’s team responded to – a major explosion at a fertilizer plant that destroyed hundreds of homes in West, TX in 2013 – they have helped with almost 20 major disasters, including plane crashes, chemical spills, fires, hurricanes and tornadoes. A few years ago, there was a search underway for a missing child in Georgetown. The canteen was there, serving meals to the other volunteers who were out searching. “He put all that together – he’s a real inspiration,” said Randy’s fellow volunteer Bruce Peterson.

The stories of Randy’s caring nature, tireless work ethic, and personal dedication go on and on. During an apartment complex fire, Randy stopped distributing supplies to meet a man whose apartment was just burned to the ground. Right then and there, Randy wrote a $500 personal check to the stranger on the spot. Randy has used his personal truck to help transport relief crews in response to disaster. He has spearheaded a fundraising effort to upgrade their exhausted canteen vehicle to transportation more modern and able to more effectively reach neighborhoods inside of disaster zones.

Randy’s tireless and inspiring organizing efforts is an invaluable addition to The Salvation Army services in the Austin Area Command. “He’s constantly moving, and it’s been very rewarding,” said Bruce Peterson, The Salvation Army’s Emergency Disaster Services volunteer. “The overwhelming majority of the volunteer crew members Randy has organized are retired, and the work Randy organizes for them to do has been some of the most deeply rewarding of our lives. It’s a blessing more for us than it is for them, being able to help other people.”