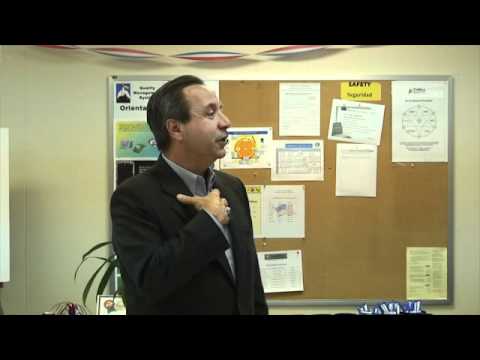 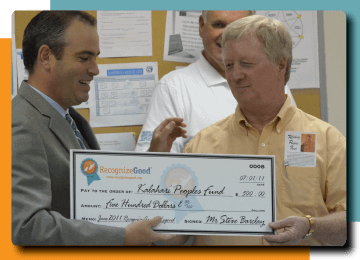 The Blood Center of Central Texas

Barclay’s continuous service over the past 52 years to saving lives through blood donation and serving as a transportation volunteer for The Blood Center and Tissue Center of Central Texas demonstrates exceptional acts of kindness that benefit the Central Texas community. He spent several years active duty in the U.S. Army, became a reservist in the 90th Aviation Battalion, and is a member of the Civil Air Patrol. Barclay retired from a successful career at Sears Roebuck and Company in 2009 and now dedicates all of his time to bettering the lives of others in any way he can. Barclay chose to donate half of his “Pay-It-Forward” donation to the Kalahari Peoples Fund, which works to improve the living conditions and civil rights for the indigenous peoples of the Kalahari Desert, and the other half to the Blood Center of Central Texas.

Stephen Guy Barclay, Jr. “Sonny” passed from this world at the age of 78 in Round Rock, TX on November 17, 2016 after a short but a hard fight with cancer. Steve was born on February 24, 1938 in Corpus Christi, Texas, the second child to Stephen Guy Barclay, Sr. and Cora Mae (Atkins) Barclay. He was full of life, a passion for learning new things and Olympic sporting events. He had an infectious smile and laugh that we would surround him to enjoy. He was a loving husband, dad, grandfather and great grandfather “PaPa”.

Through Steve his kids were raised in the Catholic Church, his gifts of laughter, humor, traditions, compassionate, enjoy the outdoors, travel and adventures were taught by him. To work hard but enjoy life and be good people. He was an amazing man that touched so many hearts. He left a beautiful legacy. He attained much success in life and had a passion for knowledge, flying, being adventurous, being an amazing story teller, fisherman, and hunter and loved showing off for his kids and grandkids with his tricks and stunts. He loved helping others, a lesson his father taught him back in the depression era, fishing to supply food to the poor. Steve and his wife Megan were very dedicated to the Kalahari Peoples Fund and due to her he had the adventure of his life living in Africa in the Kalahari with Megan.

Steve and his family moved to Austin, TX in 1962 where he studied Business at the University of Texas at Austin and spent 30 years managing Sears Department stores. One of his many passions was to be a pilot in the Army, he finally found his love of flying with the Civil Air Patrol. He was recently honored by the CAP for his 13 years of dedication. Lt. Col. Stephen Guy Barclay, Jr. served with distinction for 13 years in the Civil Air Patrol, serving in leadership capacities at the Squadron, Group and Texas Wing level. Before serving in CAP, he spent several years in the U.S. Army, later becoming a reservist in the 90th Battalion. A man dedicated to serving others, in 2011 he was honored by The Blood and Tissue Center of Central Texas in the RecognizeGood Foundation Awards as a Volunteer Legend for his 52 years of continuous service with the Blood Center. Steve was a member of St. Louis Catholic Church where he was instituted Acolyte for the service of the Eucharist and a member of St. Theresa Catholic Church.

He was recently honored by We Are Blood (formerly Blood Bank of Central Texas) staff for being the biggest blood donor in Austin at 46 gallons and for his years of dedication, volunteering and being a transportation volunteer. He is survived by his wife of 20 years Megan Biesele , his 4 children; Sheryl Barclay, Elaine Rakosky (Fred), Butch Barclay and Brenda Barclay (Rick Mitchamore), his 4 granddaughters Brianna Venezia , Desiree’ Frantz, Chelsea Frantz and Deaven Rodriguez and the lights of his life his 2 great grandsons Darel Ramirez and Genesis Nickerson. Also surviving are his brother Sterling Barclay (Nancy), cousin and also his best friend Courtenay Atkins (Jan) and many nieces, nephews, cousins and his in-laws. In addition to his parents, Stephen Guy Barclay Sr. and Cora Mae Barclay, he was also preceded in death by his sister Emma Henry.