Chartered in 2010, the Rotary Club of Bee Cave – Spicewood formed through the common desire to give back to the community. After persevering through near disbandment in 2014, the club now plays a vital role in the community. They’ve created a buzz with events like the Business Development Mixer, Pints for Polio and a Community Holiday Food Drive. With only 12 members, the Rotary Club of Bee Cave – Spicewood proves that size is not the only factor in community outreach. The club was instrumental in over 12 community-based programs in just the past two years. These programs range from economic development and student volunteerism to blood drives, highway beautification, clothing, and library book supply.

Past club president Mike Bates accepted the award on behalf of their group in a special presentation at the Sonesta Hotel in Bee Cave on July 26th. Matt Ache, president at award sponsor iRex Group, presented the club with an award plaque and two tickets to the 2017 Ethics in Business & Community Award luncheon, along with a donation to PET-Austin in the club’s name to pay their contribution forward. This recognition represents a sincere “Thank you!” from the community to the Rotary Club of Bee Cave – Spicewood.

By highlighting “special” organizations, we believe that we will inspire others to make our community a better place. Award nominees may be sent to recognize@recognizegood.org, and are voted on by a selection committee according to the following criteria: 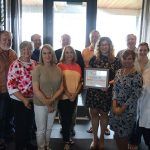 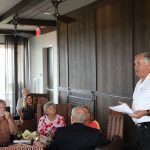 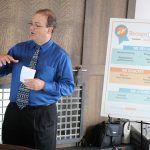 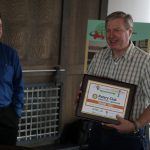