AUSTIN, TX – Over 125,000 acts of gratitude were registered in this year’s Say Thanks, Austin campaign as all of Central Texas turned its attention and appreciation towards nine inspiring local volunteers. Calvin and Carter Miller of Ten At A Time finished the campaign with the most Thank You votes, and a $10,000 pay-it-forward donation was presented in their names at City Hall on Friday. Emceed by RecognizeGood board members Bobby Jenkins and Earl Maxwell with a special message from Austin Mayor Pro Tem Kathie Tovo, this seventh annual Say Thanks Austin Closing Ceremony showed what extraordinary impacts can be made by those all around us.

Bobby Jenkins, of ABC Home & Commercial Services, began the celebration with an earnest message. “I don’t think that you could celebrate something more important in Austin than people doing good. This award represents a heartfelt thank you, and I think that’s the key thing in all that’s transpired in this process, that the people we’re recognizing today are being thanked – and the sheer number of thank-you’s is simply amazing.”

Mayor Pro Tem Kathie Tovo told the audience she was glad to deliver a message of thanks on behalf of the city. “RecognizeGood helps identify those individuals who are doing good things every day but who may not appear in the Statesman or on the ten o’clock news. It is really important to be able to say thank you. Austin is a great city, but we are not without our challenges. Many of those who are going to be recognized today are actively engaged in addressing those challenges in positive and productive ways – and we rely on you. We very much appreciate all the work you do in this community to make the greater Austin a better place to live for all of us.”

Say Thanks, Austin is an annual event which presents the Austin area with a unique opportunity to say “thank you” to a select group of remarkable individuals who contribute their time and talents toward exemplary acts of good. Each year, RecognizeGood selects nine Legend award recipients who become eligible to participate in the Say Thanks, Austin campaign. Over the course of January, the community is able to say Thank You to each participant by voting for one or all by means of a variety of voting methods including RecognizeGood.org, email, text, hand-written Thank You forms, and social media platforms such as Facebook and Twitter. Once the Thank You votes have been tallied, the participant with the most votes receives a pay-it-forward donation of $10,000 to the nonprofit organization of their choice.  Most importantly, our community focuses attention on those who truly deserve it, and are inspired to find ways to contribute themselves. 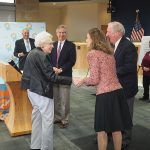 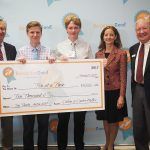 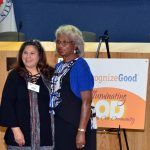 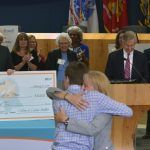 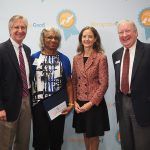 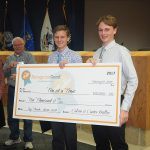 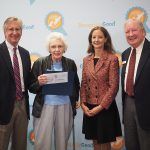 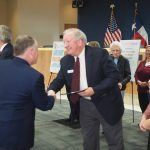