After what started as a whim, Suzanne Gladden has been responsible for providing birthday gifts to nearly 1,100 homeless and foster children who would otherwise have gone without.

Like most moms, Suzanne Gladden knew how excited her young daughters became when their birthday was near. One day, while shopping for birthday presents, Suzanne started thinking about how lucky her two daughters were and wished she could find a way to show them that and teach them to give back. On a whim, she called the Texas Baptist Children’s Home in Round Rock, which houses children and single mothers going through family crises, and asked what they did for children in their care during their birthdays. The person speaking with her said they didn’t have a budget for birthday events and relied on public donations. Then, Suzanne took a bold action. She committed to throwing a birthday party for every child in the home. Suzanne committed and decided she was going to go through with her pledge. That was the beginning of Happy Birthdays. Suzanne started asking her friends on social media for help in creating birthday boxes for children filled with decorations and gifts. In one month, she had found enough volunteers to throw birthday parties for the 100 kids at the Texas Baptist Children’s Home, she said. From then, the idea kept on growing and Suzanne has been running the completely volunteer-based organization since November 2014. The group and its approximately 500 volunteers have delivered birthday gifts to nearly 1,100 children from 15 different groups since then.

As a 2017 Legend, Suzanne is now eligible to participate in RecognizeGood’s Say Thanks Austin campaign, an annual event which presents Central Texas with a unique opportunity to say “thank you” to a group of remarkable individuals who contribute their time and talents to our community. The participant with the most Thank You votes receives a pay-it-forward donation of $10,000 to the nonprofit of their choice.

View Suzanne’s official Legend page, including video and photos from her presentation ceremony. 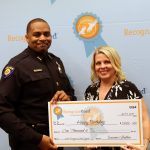 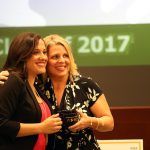 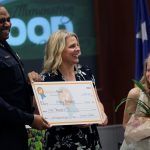 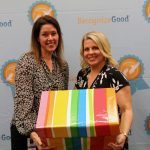