The message of Boys & Girls Clubs of the Austin Area (BGCAA) is an important one. The city’s leading youth development agency provides over 12,000 kids each year with hope and opportunity. And yet thousands more still need their help. For 14 plus years, volunteer all-star Mike Coffin worked to get the organization’s voice out into the community. Over that time Mike donated hundreds of thousands of dollars’ worth of his time – outside of his successful day job. Mike developed an award-winning message which is now looked at as an example for all Austin nonprofits. Mike spent the first fifteen years of his career with legendary ad agencies Leo Burnett and GSD&M before launching his own firm in 2001. Shortly after, he attended a fundraiser for BGCAA and before long joined the board serving as the VP of Marketing.

Mike’s boundless dedication resulted in national recognition from the Boys and Girls Clubs of America for advertising and digital marketing. He crafted key messages for every constituency, developing and expanding the BGCAA brand through “out-of-this-world” creative campaigns. BGCAA CEO Mark Kiester describes Mike as “one of those key volunteers that never misses a committee or board meeting, and is always ready to serve in any capacity. In my estimation, Mike is one of the single most important factors in our growth from 3 clubs to 26, and from a budget of 1.2 million to 7 million. He’s a brilliantly creative man, an avid advocate who has shared his network with us at every opportunity. And a humble volunteer.”

As a 2016 Legend, Mike is now eligible to participate in RecognizeGood’s Say Thanks Austin campaign.

This annual event presents Central Texas with a unique opportunity to say “thank you” to a group of remarkable individuals. The participant with the most Thank You votes receives a pay-it-forward donation of $10,000 to the nonprofit of their choice.

View Mike’s official Legend page, including video and photos from his presentation ceremony. 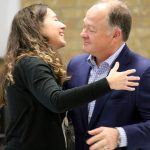 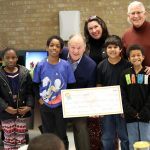 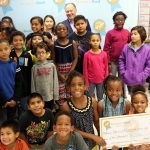 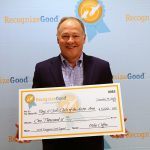