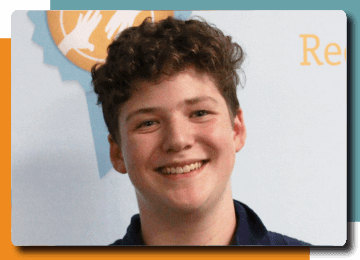 Besher is a tap-dancing 8th-grader who has used his unique talents and bright personality to become the single largest donor to Women’s Storybook Project with over 1,500 books donated. 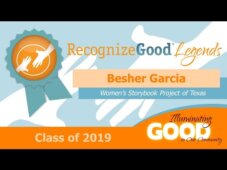 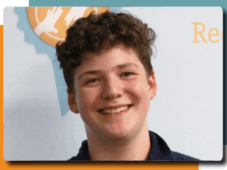 Besher Garcia is an 8th grade student with a heart of gold and feet that never stop moving. At the age of 8, his parents took him to a local Barnes & Noble to pick out a book when they were approached by volunteers from Women’s Storybook Project of Texas. The organization collects and brings books to children with justice-involved mothers who aren’t able to read to them at night, and the volunteers asked Besher if he’d like to donate a children’s book. The young man was so moved by the message of the organization that he not only donated two books on the spot, but immediately hatched a plan to do more. He created a video and set out to launch his own book drive for Women’s Storybook Project, with a goal in mind of 64 books – 8×8 for the then 8-year-old. Besher ended up collecting over 280 books and has kept up this tradition every year since, becoming more and more successful at driving book donations each year.

Besher is doing more than just donating books. A talented dancer, he creates videos of himself tap dancing to a song of a donor’s choice to thank them for their generosity. From the theme to Disney’s “Moana” to Darth Vader’s Imperial March from Star Wars, Besher has proven that there’s no beat he can’t dance to. His dancing is as amazing as he is, starting at the age of 3 years old. Recently he has landed a spot on the Art of Movement dance team that tours nationwide and was selected out of hundreds of auditions to be part of NBC’s coverage of the Macy’s Thanksgiving tap production piece by Chloe Arnold. To date, Besher has raised and donated over 1,500 books and thousands of dollars – measuring the number of taps his feet have done over the years is a different story.