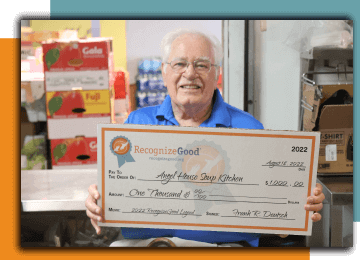 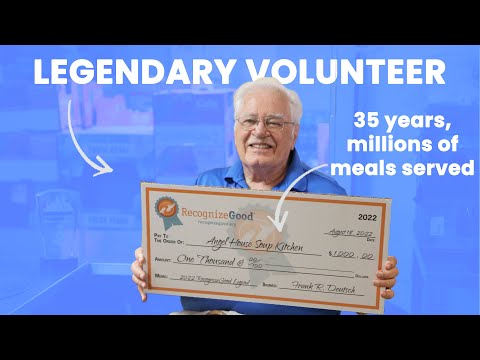 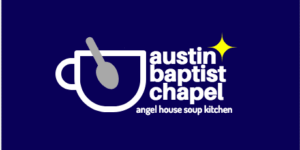 Frank R. Deutsch founded and opened the Austin Baptist Chapel after seeking God’s will and realizing there was a great need for someone to minister to the hungry of Austin. He realized that the Salvation Army and other organizations served daily breakfast and dinner meals, but no one was offering lunch to those in need. This revelation led Frank and Austin Baptist Chapel to start providing meals in 1986. In a newsletter published on the first anniversary of Austin Baptist Chapel, he reported: “We ended our first year with a home, food in the pantry, and $1,507.74 to pay bills with; Isn’t God great!”

“Our homeless guests several years into the ministry began calling it Angel House,” says Frank. “They said they felt like the volunteers that come to serve them are angels.” Today, the Angel House Soup Kitchen is stronger than ever, with about 10 volunteers serving each day. The kitchen serves around 400 people every day, offering both breakfast and lunch seven days a week, showers, and access to a free clothing closet each Saturday. For over three decades, Frank has built a team that has built a thriving system of partnerships and people. Restaurants, grocery stores, and warehouse-style discount centers donate a majority of the food, and funds made available through the Texas Baptist Hunger Offering help make up the difference. Workers from businesses, churches, and civic organizations give their time.

After three decades of working seven days a week at the ministry, God provided Frank a break: with the introduction of a new full-time leader. Frank still dishes out soup from the same pot he used to serve his first guest in 1986, though, and even after 35 years, he continues to serve meals to our most vulnerable in a way that provides encouragement, respect, and dignity.