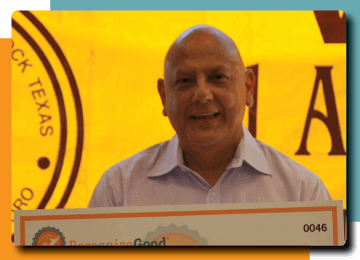 Since becoming a volunteer for El Amistad Club in 1977, Gordon has coordinated over 1200 scholarships, totaling more than $1.2 million dollars. 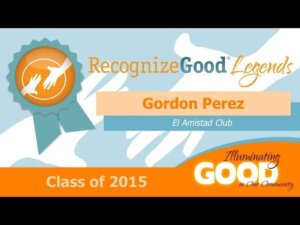 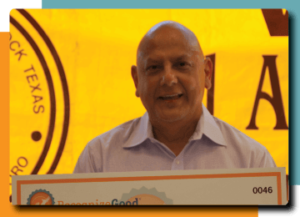 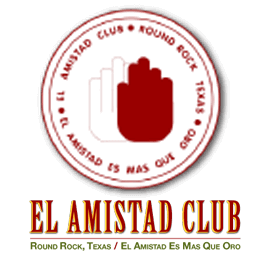 Gordon Perez has volunteered his time and talents for the betterment of our community since as early as 1977, dedicating himself to many important roles and programs for nonprofit organizations like El Amistad Club and LifeSteps Council on Alcohol and Drugs. Over the past 12 years alone, Gordon has coordinated over 1200 scholarships for area students to the tune of over $1.2 million dollars.

“This past year, we awarded over 100 scholarships totaling approximately $130,000.00,” says El Amistad president Ramiro Rea. El Amistad Club, based in Round Rock and founded in 1968, is a 100% volunteer civic organization that dedicates itself to recognizing veterans, promoting Hispanic cultural awareness, and providing college scholarships for area students. Gordon began volunteering with El Amistad in 1977, and has served a total of nine terms as the club’s president. In the mid-1980s, Gordon assumed the responsibilities of Scholarship Chairman, coordinating El Amistad’s massive scholarship program. “Over the last 40 years, Gordon has stepped forward time and again to assume leadership roles within El Amistad,” says Rea. “His willingness to step forward has allowed us to achieve our mission of investing in the future of youth so they can improve their lot in life.”

In addition to his service with El Amistad, Gordon was elected to the Board of Directors of LifeSteps Council on Alcohol and Drugs in 2001 and has continued to serve as Board President since 2005. “I have seen Gordon give generously of his time to support programs personally by being a volunteer for LifeSteps,” Rea says. LifeSteps Council is a nonprofit organization that fights substance abuse through school-based education, family-based programs like P.A.D.R.E. (Parenting Awareness & Drug Risk Education), and the Neighborhood Conference Committee.

“Gordon was instrumental in the creation and funding of the Neighborhood Conference Committee (NCC) in Round Rock, Taylor and Georgetown,” says LifeSteps Secretary / Treasurer George Brightwell. “NCC is a volunteer program designed to combat truancy and keep at-risk students in school and out of the criminal justice system.” Brightwell also relates how Gordon, a cancer survivor, introduced a “Time of Reflection” to board meetings. “Each board and staff member present reflects on and shares his or her positive thoughts and feelings from the past week,” Brightwell says. “This has become an important feature of our board meetings and has drawn board members and staff into a closer, more trusting relationship for the governance of LifeSteps.”