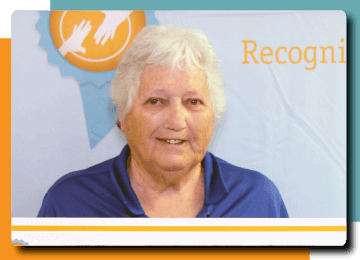 Kathy has impacted tens of thousands of Central Texas kids, running affordable youth sports for Town & Country Optimist Club for the past 30 years. 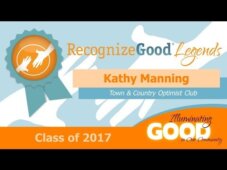 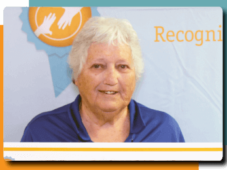 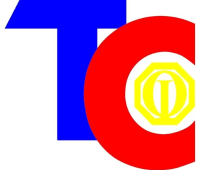 After 30 years of volunteerism most of us might be ready to slow things down. For Kathy Manning of Town & Country Optimist Club, however, things are getting bigger and better as she plays a vital role in providing youth sports to over 1,000 local children each year.

Kathy founded both the club’s volleyball and girls basketball programs over 25 years ago, and has been running both along with the boys basketball program ever since. From recruiting adult league commissioners and volunteer coaches each year to coordinating practice and game schedules with a dozen Round Rock ISD schools, Kathy has proven herself to be a volunteer virtuoso. Town & Country Optimist Club president Rob Nester estimates that more than 30,000 kids have experienced the fun of sports and learned the lessons of teamwork and sportsmanship because of Kathy’s tireless efforts. That’s on top of an estimated 4,000 volunteer coaches recruited, 40,000 practices and another 40,000 games in Round Rock ISD schools.

“She’s a true inspiration to all of us at the club,” he says. “She is utterly without pretense, wholly focused on making sure the kids get to play. The role she plays is often paid in other sports leagues, but she’s never made a dollar over thirty years. I’ve had the privilege of working with Kathy for over twenty years and can tell you that her care, passion, and spirit making youth sports memorable for the children is really special.”

Kathy’s made her mark over the years, consistently managing her sports budgets in the black and doing everything in her power to keep her leagues affordable for all kids – she often finds creative ways to help offset any registration expense, like hiring kids as scorekeepers. In recognition of Kathy’s volunteer efforts, the club named her an Optimist International Life Member in 2008.

Jerry Appleby, longtime club member, pinpoints Kathy’s big impact. “One of the key things is that Kathy started these recreational programs for kids long before the advent and growth of the many “club” teams that now exist for kids that want to specialize in certain sports. All of her time and effort has been as a volunteer with no payment for her efforts, yet she’s run well-structured programs while bringing in parent volunteers to help run the programs.  Her focus has always been on fair play and fun for the kids.” Former club president Steve Brown adds, “Her leadership is at a scale where we on the board probably take her for granted.”