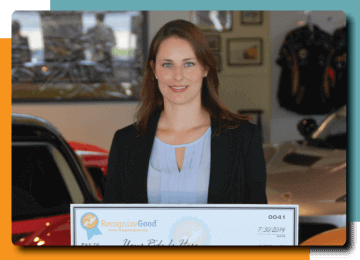 Turning rides to and from cancer treatments from mundane to exhilarating, Melissa worked with Your Ride Is Here to enable one terminally-ill teenager to become the first-ever civilian to ride in a 2013 SRT Dodge Viper. 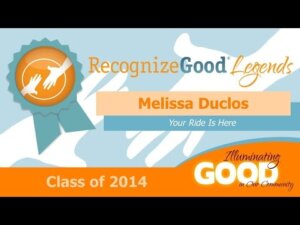 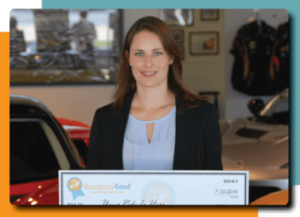 Your Ride Is Here

Melissa Duclos joined Your Ride Is Here nearly four years ago as a volunteer driver. Because of her compassion she made it a point to make sure not only the ride she was scheduled to provide was covered but all their subsequent rides were as well.  This commitment enabled her to add valuable input during the development of an automated scheduling application which is used by several hospitals to match patient with a volunteer in their area today.

When Your Ride Is Here would host events we often turned to Melissa whose experience in event planning and positive attitude meant we would be on schedule and below budget.  As her involvement grew and the organization expanded we asked Melissa to be our Austin Program Director.  She started by telling me she was working on what I thought was an impossible task – get SRT to bring the pre-production Viper to Austin for a terminally ill teenage patient to see before he passed away.  To make a long story short I received a call one Tuesday morning that the deal was done and the transporter was in-transit to Austin.

Melissa had organized an event with the Westin to host the family, the local Viper club and the SRT team which included SRT’s CEO Ralph Giles.    Our patient Freddie became the first civilian to ride in the 2013 SRT Viper that day and it’s a memory we will never forget.  This was all made possible because Melissa didn’t doubt our mission nor did she think anyone would say “No” if she could talk to them.

Melissa has had a profound impact on our Austin program and the patients and family members we have served.  Those that know her refer to her not as a volunteer but as a friend and those bonds are as strong today as they were the first day they met.  Many of them remain in touch and some have become ambassadors and volunteers for our organization because of the inspiration and leadership of people like Melissa.

Your Ride Is Here is thankful for Melissa’s contributions and we look forward with great anticipation for the next chapter.

– Ken Adams, Founder and Executive Director, Your Ride Is Here