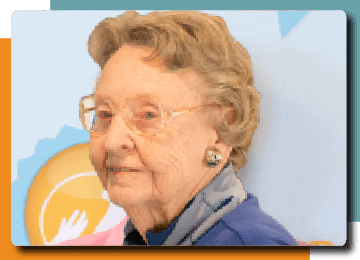 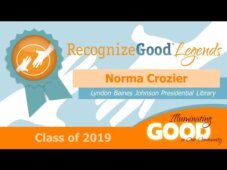 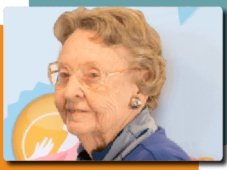 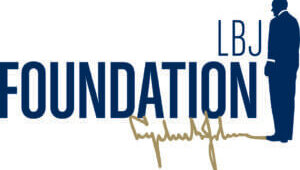 Norma Crozier is 92 years old, and for the past 31 years she’s been volunteering at least three hours a week at the Lyndon Baines Johnson Presidential Library. Over three decades she’s been involved in almost every imaginable activity at the library, from reading books aloud and giving tours of the museum to helping organize special events. At least count, Norma’s volunteerism measured at just under 7,000 total hours.

“She’s a force to be reckoned with,” says the library’s Volunteer & Visitor Services Coordinator Laura Eggert. “She comes faithfully every week, and I can’t imagine the LBJ Library without her – she’s so amazing! She’s one of the family.” Laura recalls Norma recruiting her grandson to come volunteer alongside her many years ago for a special miniature White House exhibit – her grandson, Ian, ended up spending over 500 hours with his grandmother helping out at the library.

The Lyndon Baines Johnson Foundation is a nonprofit organization that supports the LBJ Library as well as the LBJ School of Public Affairs at the University of Texas, and its President & CEO is notable historian Mark K. Updegrove. Mark took over the LBJ Foundation in 2017 after serving 8 years as the director of the LBJ Library itself – he remembers encountering Norma on his very first day as library director. “I was eager to begin the new job, but thought I’d come in a little after 9AM so that most of the staff would be in place when I arrived. At 9:15 or so, I excitedly walked across the plaza and entered the LBJ Library lobby. Norma was standing at the desk just inside the doorway as I arrived. She looked at me and shook her finger. ‘You’re late!’ she said. We have been friends ever since.”

Fellow volunteer Pat Sullivan first met Norma in 1995. “Norma is always natural, friendly, and welcoming,” says Pat. “The number on her ID card may be big, but her liveliness and energy belie it.” Mark agrees. “She is a bright light who has enhanced the experience of thousands of visitors through the years and is always welcoming – at least to those who are on time.”