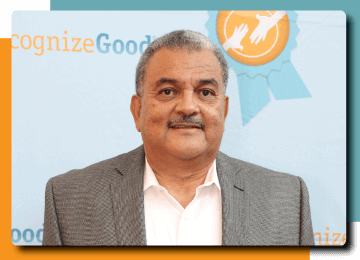 Over 45 years in education, Rodney Page has affected change in thousands of students as a coach, teacher and mentor. 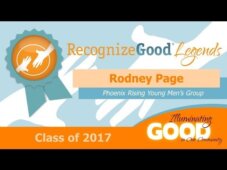 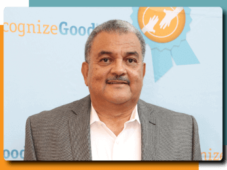 [This] has sparked a significant life review and greater understanding and awareness of my personal journey as well as the call, purpose, and meaning of my life. As I often say, I’m truly thankful for who I have been created to be and for the journey of my life. Simply put, I have been and remain a steward and transparency for something far greater than me.

Rodney Page has a passion for molding young lives. Whether it’s coaching basketball, teaching health, or mentoring, Rodney has worked with thousands of students and adults during his 45-year career in public schools and universities. Since his retirement in 2004, he’s continued to help affect change in Round Rock High School students through deep mentoring and life coaching, using his own experiences and his personal motto of “Learn, Grow, Expand” to guide them.

Rodney began his career as the first women’s basketball head coach at the University of Texas. He was also the first African-American head coach of any sport at the university. Rodney then taught health and physical education at Austin ISD elementary and middle schools for 14 years before teaching the next 12 years at Round Rock ISD high schools. His time as a successful Longhorns coach created a ripple effect, driving a passion for working with students of all ages, which jump-started his career in public schools. “My experience at UT prepared me for everything else,” he says. “It’s all connected and just part of God’s plan for my life.”

In 2001 he created two mentoring groups, and now works with Round Rock ISD’s Success High School students in the Phoenix Rising Young Men’s Group, which meets twice each week. Rodney not only brings four-plus decades of experience in education to the young men, he also shares his life growing up in a racially segregated society and his journey through integration. The son of a successful hotel owner, Rodney was raised around accomplished African-American individuals, including Ella Fitzgerald, Jackie Robinson and Louis Armstrong — an experience that informs his work with the men’s group. “Rodney Page is a truth teller and he does not see children as victims,” Success Principal Thomasine Stewart said. “As educators, we’re all looking for people who have the ability to reach in and bring out finer qualities in students. He has that ability and will always profess, ‘I’m not here to change you,’ but he does illuminate their strengths.”

To help the whole community, Rodney now often works with teachers to understand the students and how to best deal with struggling young adults. “There are people that you meet in your life that you know are there for the same reasons you are,” says Round Rock ISD’s Community Education Director Lisa Greinert. “My passion is working with students who struggle and I saw that in him too. You could see the passion every time he talked about a child and the belief that any child could succeed.”

At 69 years of age, Rodney is in a period of reflection and is eager to continue sharing his passion for helping people. His career began with basketball, but he says that he’s now leading young adults down a more important journey. “I am still coaching,” Rodney declares. “I’m coaching the most significant game ever and that’s called life. That’s what we’re doing, helping them navigate life – and you’d be amazed at how well they listen.”