Through the Round Rock Sertoma Club, Will’s innumerable service accomplishments include notable work with over 3,000 area children, more than 5,000 hours with Central Texas Neighborhoods, and enriching the lives of thousands of active and veteran military. 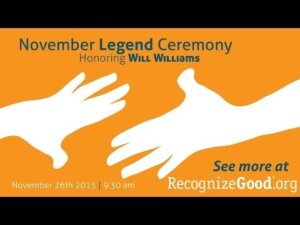 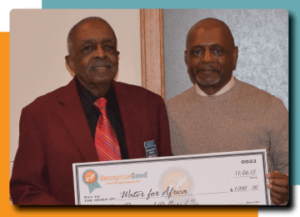 To Whom It May Concern:

The following information deals with the impact one individual can have on not only his community but a state and a nation. My name is Ron Clark and I have been given the greatest pleasure to share with you an individual I consider my hero. It is our hope that this bio on Will Williams will not only demonstrate the accomplishments but will inspire others to follow in his footsteps.

Mr. Will Williams is a fifty five year old husband married to Deborah Williams with three children and six grandchildren. His contribution to his country includes twenty one years of military service. During such time Mr. Williams has received thirty awards and ribbon including six time winner of soldier of the month. His modesty and friendship prevents me from mentioning such high honors. He has attended fourteen military schools. Mr. Williams has supported a variety of causes that have aided men, women, and children including the following:

Will Williams is one person you can count on in any situation. My name is Ron Clark, Director of Operations for The Last Responders and I am one of sixteen people that joined Sertoma of Round Rock due mostly to Will and I live in Austin, Texas. I consider Will a friend and the one person I would never hesitate to help in any cause he recommended. He is truly a special person with a caring heart and the will to fulfill the needs of others before self. I am aware of no award above his deserving accomplishments.

UPDATE OCTOBER 14, 2015: Will has received the Governor’s Lone Star Achievement Award, which recognizes the service of an individual who has volunteered for a minimum of 15 years! Another amazing recognition for an amazing person. Here’s the full story: http://www.statesman.com/news/news/local/round-rock-community-leader-receives-governors-vol/nntMj/