Ricky filled four full semi-trailers with supplies for Hurricane Harvey relief and delivered the load himself – but that’s just one of the ways he’s helping make our communities stronger.

RecognizeGood honored Ricky López-Galindo with the 69th RecognizeGood Legend award in a presentation at D’Bilaggio Event Center (7801 N Lamar Blvd Suite B148, Austin, Texas 78752) beginning at 11:00 am on Friday, October 20, 2017. During this event, RecognizeGood made a $1,000 pay-it-forward donation to Apoyando a un Angel Foundation in Ricky’s name.

Doing good can be contagious, and Ricky Lopez-Galindo has experienced first-hand how once we start doing good it can prove impossible to stop. In the recent wake of Hurricane Harvey, Ricky rallied his friends and family to fill four full-sized semi-trailers with water, food, shovels, clean clothes, and cleaning supplies. This immense effort is another milestone on a journey of goodwill that started for Ricky in 2014, when he coordinated back-to-school backpack and school supply drives for children in need. Ricky then decided to take the next step and established Apoyando a un Angel Foundation – a nonprofit focused on providing scholarships to the kids in his community. Ricky’s efforts for survivors of Hurricane Harvey came just two days after the successful kickoff event for Apoyando a un Angel, which raised over $10,000 in scholarships. Even after a wonderful success to support higher education for underserved students, he and his supporters were already thinking about giving more.

As a 2017 Legend, Ricky is now eligible to participate in RecognizeGood’s Say Thanks Austin campaign, an annual event which presents Central Texas with a unique opportunity to say “thank you” to a group of remarkable individuals who contribute their time and talents to our community. The participant with the most Thank You votes receives a pay-it-forward donation of $10,000 to the nonprofit of their choice.

View Ricky’s official Legend page, including video and photos from his presentation ceremony. 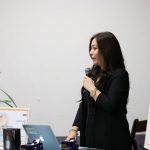 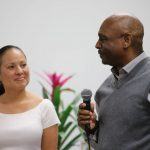 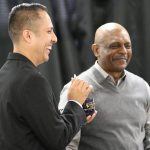 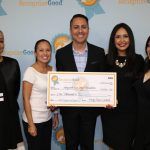