Over 45 years in education, Rodney Page has affected change in thousands of students as a coach, teacher, and mentor.

RecognizeGood honored Rodney Page with the 68th RecognizeGood® Legend award in a presentation at Success High School (500 Gattis School Road, Round Rock, TX 78664) beginning at 10:30 am on Tuesday, September 26, 2017. During this event, RecognizeGood made a $1,000 pay-it-forward donation to Phoenix Rising Young Men’s Group in Rodney’s name.

Rodney Page has a passion for molding young lives. Whether it’s coaching basketball, teaching health, or mentoring, Rodney has worked with thousands of students and adults during his 45-year career in public schools and universities. Rodney began his career as the first women’s basketball head coach at the University of Texas. His time as a successful Longhorn coach created a ripple effect, driving a passion for working with students of all ages, which jump-started his career in public schools. Since his retirement in 2004, he’s continued to help affect change in Round Rock high school students through deep mentoring and life coaching, using his own experiences and his personal motto of “Learn, Grow, Expand” to guide them.

As a 2017 Legend, Rodney is now eligible to participate in RecognizeGood’s Say Thanks Austin campaign, an annual event which presents Central Texas with a unique opportunity to say “thank you” to a group of remarkable individuals who contribute their time and talents to our community. The participant with the most Thank You votes receives a pay-it-forward donation of $10,000 to the nonprofit of their choice.

View Rodney’s official Legend page, including video and photos from his presentation ceremony. 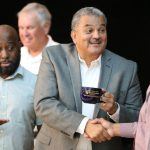 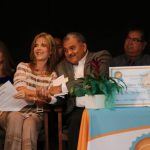 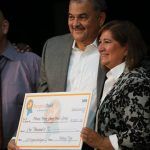 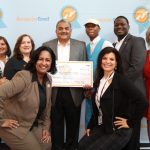