RecognizeGood honored Randy O’Dell with the 84th RecognizeGood Legend award in a presentation at Ride On Center for Kids (2050 Rockride Lane, Georgetown, TX 78626) beginning at 3:00 p.m. on Tuesday, June 4th. During this event, RecognizeGood made a $1,000 pay-it-forward donation to The Salvation Army Austin in Randy’s name.

Randy launched the first all-volunteer emergency canteen for The Salvation Army Austin in 2012, and since then has impacted the lives of tens of thousands of disaster and emergency victims. From the first major disaster Randy’s team responded to – a major explosion at a fertilizer plant that destroyed hundreds of homes in West, TX in 2013 – they have helped with almost 20 major disasters, including plane crashes, chemical spills, fires, hurricanes and tornadoes.

As a 2019 Legend, Randy is now eligible to participate in RecognizeGood’s Say Thanks Austin campaign, an annual event which presents Central Texas with a unique opportunity to say “thank you” to a group of remarkable individuals who contribute their time and talents to our community. The participant with the most Thank You votes receives a pay-it-forward donation of $10,000 to the nonprofit of their choice.

View Randy’s official Legend page, including video and photos from his presentation ceremony. 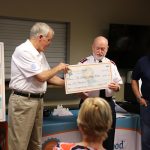 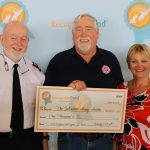 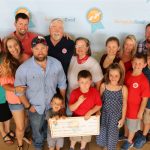