Austin Says Thanks In A Big Way Despite Pandemic Challenges

Our 2021 Say Thanks, Austin campaign totaled over 140,000 acts of gratitude – clicks, tweets, messages, emails, texts and written ballots – and each one represented a member of our community simply saying ‘thank you’ to one of these incredible community servants. In the end, almost $20,000 was donated to charity as we celebrated above-and-beyond volunteerism in a unique way.

A historic winter storm and ongoing pandemic was not enough to keep our community from coming together and celebrating the annual Say Thanks, Austin Campaign. The campaign acts as an extension of RecognizeGood’s Volunteer Legends program, where standout volunteers are celebrated throughout the year with a ceremony and pay-it-forward donation. During the Say Thanks, Austin Campaign however, the stakes are raised – those same volunteers Legends can earn more donations through a month-long gratitude campaign where their supporters send in “thank you’s” through text, email, web, social media or paper ballot. The volunteer with the most “thank-you’s” earns an additional $10,000 donation.

The pandemic upended the normal Legends celebrations throughout the year, taking formerly staged and indoor celebrations and transforming them into looser, outdoor affairs. The Say Thanks Ceremony fared no differently, with its traditional location of City Hall being unavailable under the current conditions. The RecognizeGood team was undeterred by this and decided to take the celebration to each of the Legends once again- only this time bigger.

“The things that all of our Legends do are incredible and inspiring, but with the rough year that we all have had it felt like we needed to take an extra step in honoring this year’s cohort of volunteer Legends,” remarked Executive Director, Joel Coffman.

That extra step came in the form of a LED billboard truck set to drive across Austin and hand deliver the prizes to each Legend at their chosen nonprofit. It was a tall order helping coordinate nine different celebrations and planning a route for the truck that spanned across the entire city, but our team persevered and the reactions could not have been better. The mood the day could be best summarized by Lisa Harris of Hope4Austin, who shared, “That was such a good way to celebrate and spread the message, and the thought that [the truck] has been through the streets of Austin is so fun.” 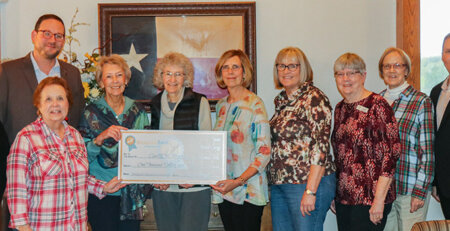 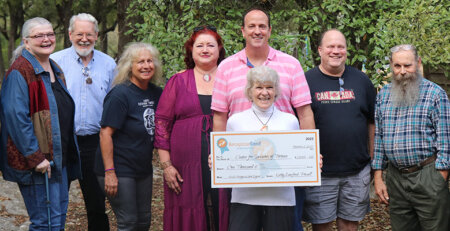 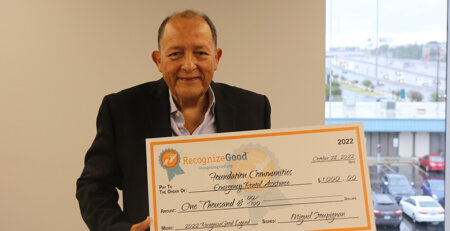 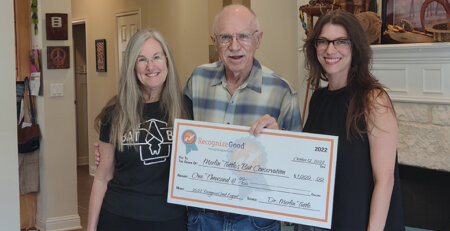 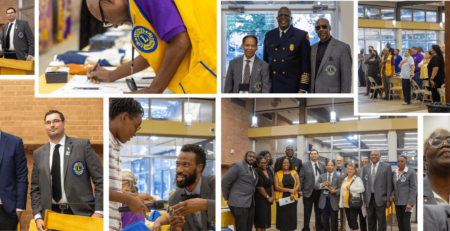 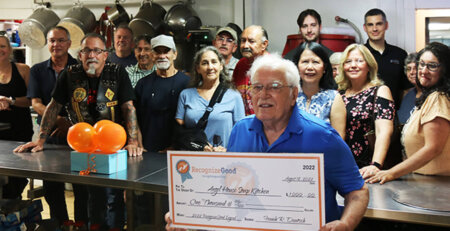 Previous Post: 6,800 meals and counting one couple has set out to feed Austin
Next Post: The first predominantly African American Lions Club in Texas and the United States has been giving back to the Austin community for 55 years.