With tens of thousands of Thank You votes from supporters around Greater Austin and the world, the RecognizeGood Legends Class of 2015 were truly memorable. RecognizeGood announced the results of the sixth annual Say Thanks, Austin campaign at City Hall on February 16th. Additionally, the organization made $17,000 in pay-it-forward donations to area nonprofits during the presentation. Donna Gunn of Africa’s Promise Village took home the grand-prize $10,000 donation. The event was emceed by RecognizeGood board members Bobby Jenkins and Earl Maxwell. Austin Mayor Steve Adler also had a special message for the group during the ceremony. Once again, the Say Thanks Austin Closing Ceremony highlighted the extraordinary selfless impacts of those around us.

Bobby Jenkins, of ABC Home & Commercial Services, exclaimed, “This whole process of saying thanks to people who have done great things absolutely touches my heart.” Pay-it-forward donations were made to the following area nonprofits: El Amistad Club (from Gordon Perez), Girl Scouts of Central Texas (from Bob Pursley), Explore Austin (from Mike Leary), Africa’s Promise Village (from Donna Gunn), Rotary Club of Georgetown (from George Lourigan), Minis and Friends (from Gil Iwanski), Art from the Streets (from John Macpherson), Capital Area Food Bank of Texas (from Wanda Mills), and All Blind Children of Texas (from Patti Robinson).

Legend award winners joined local business leaders, media partners and RecognizeGood fans to create an atmosphere of pure gratitude. “This is one of my favorite days of the year because this is an opportunity for us to recognize the unsung heroes of Austin,” explained Earl Maxwell, CEO of the St. David’s Foundation. Mayor Steve Adler adds, “I’m proud of our city, I’m proud of Central Texas. As you are aware, our cities are continuing to change. But one constant is that we seek out and find good in our community. And for the past 6 years this program has highlighted that.”

Say Thanks, Austin is an annual event which presents the Austin area with a unique opportunity to say “thank you”.

These Legends contribute their time and talents toward exemplary acts of good. Each year, RecognizeGood selects nine Legend award recipients who become eligible to participate in the Say Thanks, Austin campaign. Throughout January, the community is able to say Thank You to each participant by means of a variety of voting methods. These include RecognizeGood.org, email, text, hand-written Thank You forms, and social media platforms such as Facebook and Twitter. The participant with the most Thank You votes receives a pay-it-forward donation of $10,000 to the nonprofit organization of their choice.  Most importantly, our community focuses attention on those who truly deserve it, and find ways to contribute themselves. 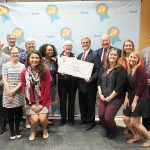 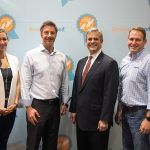 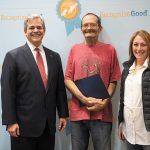 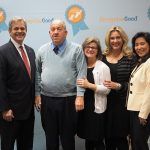 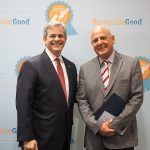 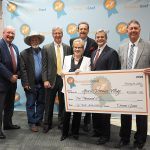 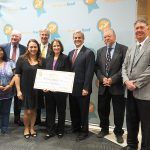 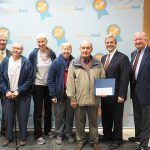 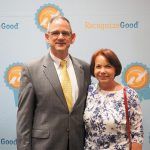