RecognizeGood is proud to announce the recipient of our 12th RecognizeGood Lighthouse Award, Rotary Club of East Austin!

Founded in 1992, this inspiring club is made up primarily of leaders in the education and government sectors. This makes them a truly unique bunch! In the past 24 years of continuous service, the Rotary Club of East Austin changed thousands of lives for the better with a focus on youth, education, and the underprivileged. The Rotary Club of East Austin prides itself on being a small club which makes a large impact. They focus on literacy efforts in the Austin area including support of programs like the First Act Early Knight character building initiative at Pecan Springs Elementary, donations of books to local schools and volunteer hours as classroom readers.

With only around 12 members at any given time the club has managed to donate upwards of 500 collective volunteer hours annually. This support is in addition to providing scholarships for Eastside Memorial High seniors out of their own donations. The really great part? When the club’s scholarship students maintain their GPAs, Rotary continues to sponsor their education each and every year. RecognizeGood says THANK YOU on behalf of our entire community to the Rotary Club of East Austin!

Club president Denise Guckert accepted the award on behalf of her group in a special presentation at the Housing Authority of the City of Austin on September 6th. Matt Ache, president at award sponsor iRex Group, presented the club with several thank-you gifts – a $250 donation to the club, an award plaque, two tickets to the 2017 Ethics in Business & Community Award luncheon, and a pay-it-forward donation to PET-Austin in the club’s name. This recognition represented a sincere “Thank you!” from the Central Texas community for an amazing display of selfless service from the Rotary Club of East Austin.

By highlighting “special” organizations, we believe that we will inspire others to make our community a better place. Award nominees may be sent to recognize@recognizegood.org, and are voted on by a selection committee according to the following criteria: 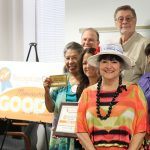 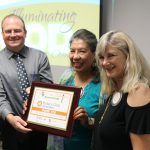 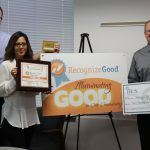 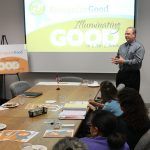